Over more than a decade now we have seen the launch of mobile wallets and prepaid cards, the high hopes for them and an often lukewarm response from the customer, followed by a phased withdrawal. I have myself been involved in a number of launches, in roles at many different parts of the payments, banking and money transfer ecosystem. There have been clear benefits we could demonstrate for our customers, but inescapably, with each extra “pot of money” a customer creates, there is more to manage. So the benefit must be compelling.

The big question in my mind when Apple announced the launch of Apple Pay Cash in the US on December 5 was naturally, how will this product fare? Will the path we see look much like that of the Google payment card, which launched with great fanfare and soaring expectations, but just fizzled out? Apple has proven they can launch products that are accepted and can change customer behaviour, getting them to do things they never used a phone for before. So will the Apple track record be enough to carry through this new product to success and help Apple Pay Cash to succeed where others failed? 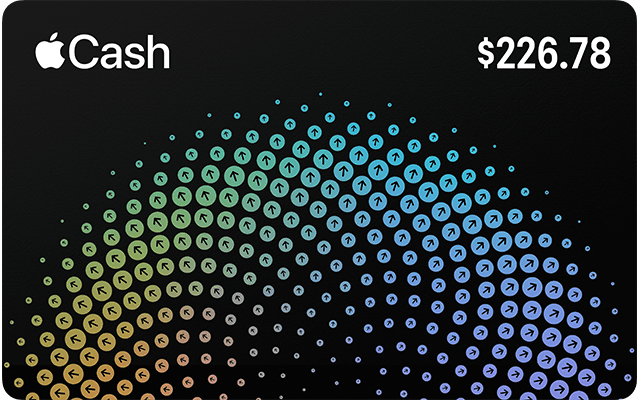 With the growing threats from cyber security, from a myriad of digital players on a range from pesky to all out criminal, customers are increasingly on the look out for ways to transact securely while on the go. Could a prepaid card from Apple that can hold some money that you use to pay be of interest, by addressing the customers critical and growing need of trust? Apple Pay has been relatively successful in mobile payment, but research from PYMNTS.com “Apple Pay Stats” seems to indicate a plateau in uptake over the last few years.

The offer seems not too new, and by now customers should be familiar with what to do and how to do it, having used their mobile phones with PayPal, Square, Venmo and other payments and money transfer applications. The Apple Pay Cash debit card works “like a bank account”, allowing you to send and receive money on the go.

Apple has attempted to make it easy for customers to get started, but as they cross certain thresholds they are asked for more identity verification. For instance if you want to receive $500 or more your identity would be checked, but it may be checked even otherwise, based on the way Apple sets up its rules. You may choose to verify your identity upfront, for instance if you want to use it at your favourite retail store. The identity check is managed through Green Dot Bank, the Apple Pay Cash card service provider. You must provide name, address, last four digits of your Social Security number and date of birth, as of now.

If trust is to be the draw, launch timing seems really unfortunate.  We just found out that since 2016 Apple has been slowing down processes on older iPhones.  Whether this was meant to nudge customers towards buying a new phone before they planned to or was an error of judgement that lead the team to choose this as a “fix” for older batteries, trust in Apple has taken a beating. Apple has apologised,  but a clear statement on what customers may expect going forward may still be critical, to re-establish the kind of trust customers need to deepen a financial services relationship.

So the new Apple Pay Cash launches in a climate where trust in the Apple brand is not at an all-time high, while trust towards America and American brands has also taken a beating. The repeated high level data breaches in 2017 and use of our personal data as the price we pay for “free” services has left customers somewhat jaded.

Customers need brands they can trust and brands need customers, for which they must meet customer needs. As we enter 2018, for me success of every product and service will hinge on deepening trust. Trust is something customers often took for granted in the past. Now each breach is likely to cause a reaction that could take brands by surprise. As news of the upcoming split between PayPal and eBay sinks in, it is worth asking if this is the right time for such a move, how it may affect the Digital Money Game and what we may expect to happen next.

The intense competitive pressure makes it imperative to be part of a larger enterprise, and a breakup leaves both parties intensely vulnerable at a crucial point where commerce and payments markets are experiencing a meteoric rise, especially in Eastern markets such as India, China and South-East Asia. However the answer is not that simple, and there are layers to unravel before one can predict possible outcomes.

In the past, PayPal and eBay formed a symbiotic partnership, with PayPal receiving exclusivity on eBay and eBay benefiting from the convenience and consequently additional customers that working with PayPal provides. However, as competition intensifies in commerce and payments, it is no longer enough for each to have a single preferred partner. Consumers demand to pay as they like on EBay, and PayPal certainly cannot cater to EBay alone.

Also, the balance of power between the two organisations has changed since the early days of their partnership, with PayPal having increasingly been in the ascendancy in global payments whilst eBay struggled with large, strong competitors in the online retail sector. Now though, PayPal too must face strong threats and find a way to survive and grow.

As the news was announced ahead of Apple Pay’s contactless payments launch this month, for one person this was a “no brainer”. Carl C. Icahn released an unequivocal statement that the split was a better late than never move. The payments industry is ripe for consolidation. Hence he sees PayPal’s future either through acquisitions or merger with another strong player in the payments industry. With strong competition from the likes of Apple Pay this had to happen sooner rather than later.

It is worth raising the question of how this move may have been precipitated by factors other than the onslaught of Apple Pay and the fortification of Alibaba’s Alipay in recent months. In that case could we see other similar breakups, such as for instance Alipay leaving the Alibaba nest, with an adequate part of the IPO? Is PayPal just the first of a new “teen generation” ready to leave home?

Whatever the reasons for the split, the companies intend to go their separate ways by the end of the second quarter of 2015, leaving the oldest ubiquitous digital wallet to adapt to its new leadership and facing an increasingly competitive payments marketplace.

As with all such splits, factors discussed behind closed doors often carry more weight than the reasons that are given in public. No doubt the management of eBay and PayPal have a greater visibility than the media and market commentators of their own operating model. Nevertheless, it is worth noting that, however much these firms stress their continuing synergies, such a move is an open admission that the two firms are willing to accept a future in which their interests drift further and further apart.

Once the paperwork is signed and the two part ways, it is inevitable that market forces and the interests of their respective shareholders will create differing objectives for the management of each firm. There is a very real risk that these objectives will make any agreements signed today less and less relevant in the future. Remaining together would mitigate the risk of loosening the bonds of the eBay/PayPal partnership. By choosing to part ways, it is clear that the management of these firms have accepted that risk, and are willing to let the world see it.

If it is to find a payments firm to join with, which will it be? So far one of the hardest things has been for it to gain an entry into the China market, as also other large Asia Pacific domestic markets. An alliance with a business in the East may address this, but so far few of the Eastern players cross countries as well as they do in Europe, for instance.

As for eBay, the old rivalry with Amazon continues, and an Alibaba richer by $25 billion poses a looming threat. The now-mature online retail space of the Western world looks set to be dwarfed as growth rates soar in an increasingly competitive space as one looks east.

PayPal has so far still managed to be one of the very few digital wallets with truly global reach but has struggled to compete with the raft of new entrants, and to make the much-needed breakthrough into offline payments. Also, regional retailers are asserting themselves more, especially in developing economies.

PayPal is currently growing at twice the pace of eBay, and is seen by some analysts as having strengthened its position through this split. Now both companies are in a position to raise IPO or indulge in M&A as needed.

Co-author of The Digital Money Game, Author Virtual Currencies – From Secrecy to Safety